Ray Douglas Bradbury (August 22, 1920 – June 5, 2012) was an American fantasy, science fiction, horror and mystery writer. Best known for his dystopian novel Fahrenheit 451 (1953) and for the science fiction and horror stories gathered together as The Martian Chronicles (1950) and The Illustrated Man (1951), Bradbury was one of the most celebrated 20th-century American writers of speculative fiction. Many of Bradbury's works have been adapted into television shows or films. source: wikipedia.org

Ray Bradbury had a big impact in sci-fi and horror writing. He wrote some of my all time favorite old-time radio programs. His writings were in programs such as X-Minus One, Suspense, Escape and many more. Some of his writings were featured in shows such as The Twilight Zone and Alfred Hitchcock. I really enjoyed his television for The Ray Bradbury Theater which featured some of his old time radio shows such as today's show Mars is heaven. His work really inspires me, and one day I would like to put my words into a radio drama. Ray Bradbury may of passed away last week, but his work will live on forever.
RIP Ray Bradbury (1920-2012) 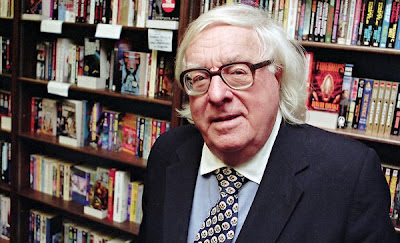 Posted by Planet Yesteryear Old Time Radio at 6:28 AM 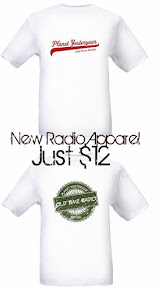